Right In Front Of You!

Posted on February 13, 2013 by GOvideoHAWAII

On a recent trip to New York City I was able to stay in a hotel between Fifth Avenue and Madison Avenue, a mere 5 minute walk from the Metropolitan Museum.  During the two days I spent there I walked up and down Fifth Avenue and its various side streets.  Some of the homes are breathtaking and I am sure costly to live in so I watched as people came out of these buildings and climbed into chauffeured limousines.  I looked into the faces of these wealthy people when we passed on the sidewalk and was astonished to recognize that despite their wealth some of them are very impoverished people with deeply haunted, empty or saddened looks!

Poverty is much more than a lack of money, food, or housing.  For example poverty of the soul is brought about by how we live and by how we interact with life.  Looking at the ways in which we define ourselves I have known a few individuals who constantly state what they don’t like or by comparing themselves with others saying, “Thank God I’m not like so-and-so!”  I cannot fathom why some people are so strongly attracted to negativity and when it becomes your defining viewpoint then happiness cannot be seen even when it is right in front of you!

Spiritual, intellectual and psychological poverty can result by taking measures to avoid knowing the truth of things.  This could be through avoiding in-depth conversations, by a steady diet of rumor and gossip, or that when one graduates from school by thinking there is no further need to learn.  What we indulge in becomes who and how we are so as the saying goes, “Buyer beware!” 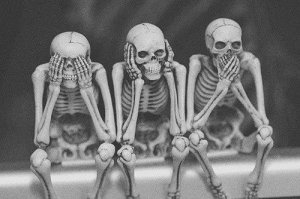 We have all heard the saying, “Money can’t buy happiness” and it is true since happiness is not a commodity which can be purchased!  It is a grateful inner orientation which enables us to realize that in being alive we have been given a gift beyond price… Life!  Of course if anyone would like to give me the Jaguar I so very much want then I would receive it gratefully!  Very gratefully!

2 Responses to Right In Front Of You!