For the life of me I just could not comprehend why she stayed with him.  In the restaurant, in front of three other couples, Michael responded to her voicing of an opinion with, “As usual, you have no idea what you are talking about!”  Once, after Patty had invested days of planning their trip to the mountain cabin, at the last moment he announced, “We’re not going.  I don’t feel like it.”  Whenever she angered him… and sometimes that was simply by being there… without any warning he would abruptly stop speaking to her, refusing to answer or to converse.  The longest period of silence went on for four months!  For her, it was like living in a minefield and made her unsure of everything about herself, never knowing what about her might set him off!

One day, hoping to lure him back into speaking, she spent six hours cooking what past history had shown was a meal that he liked.  They sat down, he still refusing to reply to her questions of 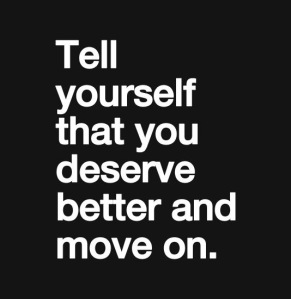 “How was your day?  Was the traffic on the road too bad?”  He tasted one forkful, got up, ostentatiously scraped the whole plate of food into the trashcan, and walked out to the living room.  That was    the moment when a spark of something sizzled into being inside of Patty.  After ten minutes of sitting at the table in her own silence, ten long minutes of feeling an unfamiliar fire growing within her, she got up, found her purse, passed through the living room where Michael reigned in silence, went out to her car, backed out of the driveway… and never returned!

Michael never pushed her.  He never slapped her.  But he abused her just as surely as if he had taken a knife and stabbed her!  But what part had she played in her abuse?  Albert Einstein once said, “The world will not be destroyed by those who do evil, but by those who watch them without doing anything.”  It is possible that we foster misery in our life by our timidity, by our assumption that we have no right to either be, or to be ourselves.  The simple fact of the matter is that we cannot expect someone else to respect us if we don’t respect ourselves!  There can be all sorts of reasons going way back into our history for that lack of self-respect, but more important than the “why” is that we one day wake up to the complicity of our own abuse.

Toni Morrison once wrote, “You think because he doesn’t love you that you are worthless. You think that because he doesn’t want you anymore that he is right, that his judgement and opinion of you are correct. If he throws you out, then you are garbage. You think he belongs to you because you want to belong to him. Don’t. It’s a bad word, ‘belong.’”

Self-respect is a place within us where we stand alone, where we must be willing to stand alone!  Sometimes our religious culture convinces us that we have no right to that space, that our striving for goodness is totally wound up in compassion for others.  I think that the Buddha had an insight that we might benefit from: “If your compassion does not include yourself, then it is incomplete.”

Have you had enough yet?

2 Responses to Had Enough Yet?