Posted on December 14, 2016 by kahunapulekimo 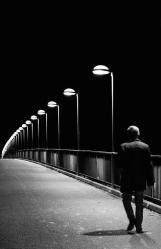 I was watching an episode of “My 600 Pound Life” in which a woman had come to the realization that she could no longer eat the foods that she had eaten all of her life.  She states this realization when the camera shows her at a meal with her family.  Bowls and platters are laden with various fried foods, all manner of carbohydrates, and massive desserts.  In a voice-over the woman says, “Even though I love my family I cannot now love what they love.”  In that statement it is easy to hear a sense of isolation and loneliness occasioned by the new direction that her life was going in, a direction that she acutely realizes she must journey alone.

When I watched this episode I could not help but to recall my first Christmas in a monastery within the Russian tradition, and the discovery of my own disconcerting sense of aloneness.  As in all cultures this season has its own customs and dishes of food whose appearance proclaim its’ arrival. 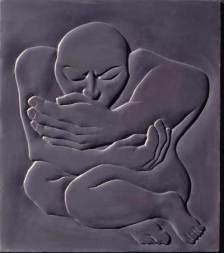 I was puzzled at the Christmas Eve meal to find straw on the table until the brother next to me explained that this is a Russian custom which references the Manger in which Christ was born.  And then there were carols whose melodies, as Christmas carols, were completely unfamiliar to me, not to mention the incomprehensible Russian language in which they were sung.  I was also not altogether happy to discover how many Russian dishes involve the use of cabbage!  At the Christmas Day meal the Abbot turned to me and asked, “So, how is your first Russian Christmas?”  Being somewhat pissed off by so much unfamiliarity I imprudently blurted out, “Frankly, were it not for the Christmas tree I wouldn’t even know that it’s Christmas!”                        I sometimes stun myself with my stupidity, especially when I boldly proclaim it publicly!

I have had many years since that first Christmas to reflect upon the feelings that expressed themselves so forcefully in my statement.  I think that when change causes us to find ourselves without any familiar landmarks it is natural to feel that same sense of isolation and aloneness expressed by the woman in the “600” episode.  In her case it seemed to produce a sadness, but in my case it produced an anger the strength of which caught me by surprise!  Change can produce disorientation, not only in environment but in feelings as well.  My Russian Christmas experience caused me to echo with recognition when I read the words of a reviewer of yet another new book about Thoreau (of Walden Pond fame): “His (Thoreau’s) attitude towards Europe almost reached the level of contempt… making a virtue of his incuriosity.”  For Thoreau, he had no ambitions for what the world might hold outside the Pond, and he saw that stance as good, even as noble!  In my mind, the reviewer’s statement raised the question that even though Thoreau is extolled for his supposed virtuous rejection of society, as implied by his embrace of Walden Pond… I wonder if his “incuriosity” was actually masking fear of a world wider than the one in which he lived, and that what for so long has looked to many as a virtue was actually evidence of a deficit in his inner life?

When Life plunks us down into the midst of the unfamiliar some of us, at least, might have a negative knee-jerk reaction fueled by unspoken fears: “If I embrace new things… who will I be?  Will I still be myself?  Will that embrace turn out to have been ill-advised, or even a mistake?”  While there is no guarantee that by making changes we will find happiness, it is just about guaranteed that maintaining our status quo will limit the possibilities for any unforeseen happiness.  Viewing as a virtue our incurious determination to remain holed-up by our Pond… we may one day discover that it has actually been our prison all long, and that we have been our own jailer!